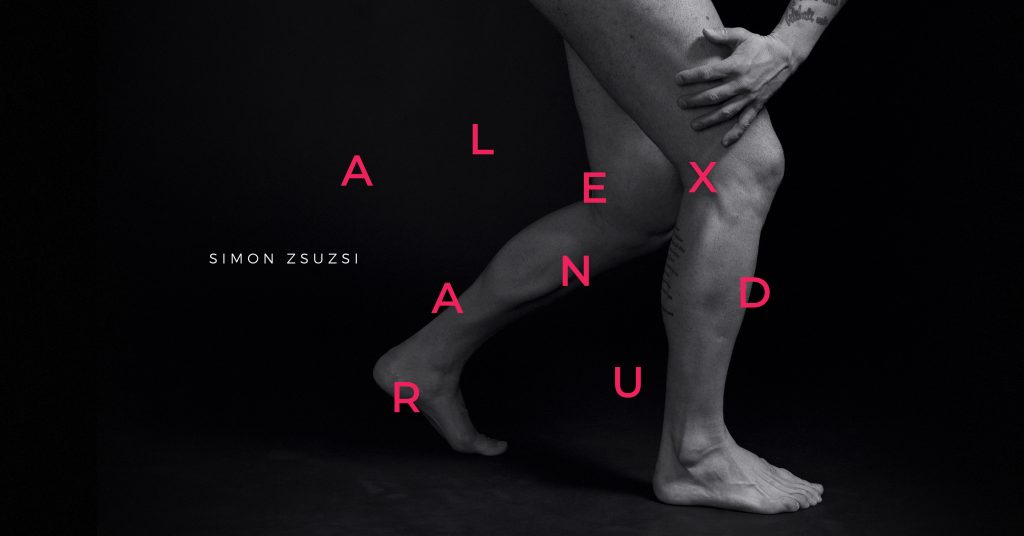 Although Zsuzsi Simon’s new work seems to be a turn and a change of subject from her earlier women-centred projects, which focused mainly on feminism, female body image and female thinking, it is an organic continuation of them. Since if woman, the female beauty, the appearance and spectacle of woman is a construction, inherently not without interest but the oppressive creation of man, then conversely, man, masculine principles, the spectacle of man can also be called into question and made the subject of research. For according to the logic of binary oppositions, the man, by creating/colonizing the woman for himself, also constructs himself in relation to her, or more precisely, over her. In her project Alexandru, Zsuzsi Simon is interested in man, masculinity, the construction of masculinity, the body of stereotypes, not through the male gaze, which is suggested by men, but through the gaze of a woman, specifically Zsuzsi Simon.

In a blatant example of her subversive process, Simon inverts – or rather further inverts – the remake of Jeff Wall’s famous Picture for Women (1979), in such a way that, although Wall had already deconstructed the traditional male-female, creator-model roles, Simon’s picture displays the man floating in the aura/image of his self-conscious masculinity as the muse or model of a female creator.

Thus, Alexandru, which is the first phase of a larger male research, could be subtitled as Image for Man/Men/Muse, through the analytical, critical, yet admiring gaze of a woman. However, the complex work of Simon and her eye does not only scan the concrete body, the raw meat, but also creates metaphors of masculinity, strength, manliness, and thus in a sense violence, but also vulnerability. The project shows both the image of a man formed by himself – what he is proud of, what he wants, and what he hides, sublimates and does not show – as well as the way how a woman sees it.

Zsuzsi Simon (1988) graduated from the Intermedia Department of the Hungarian University of Fine Arts in 2015. Her research interests include feminism, body image and activism. She is currently dealing with the questions of the ideal male body image. She has been a member of the Studio of Young Artists Association since 2012. She creates mainly conceptual pieces, using mostly photography as her most frequent medium. She has been working for many years as a photographer and videographer for various independent and institutional contemporary art projects. Simon currently lives and works in Budapest.