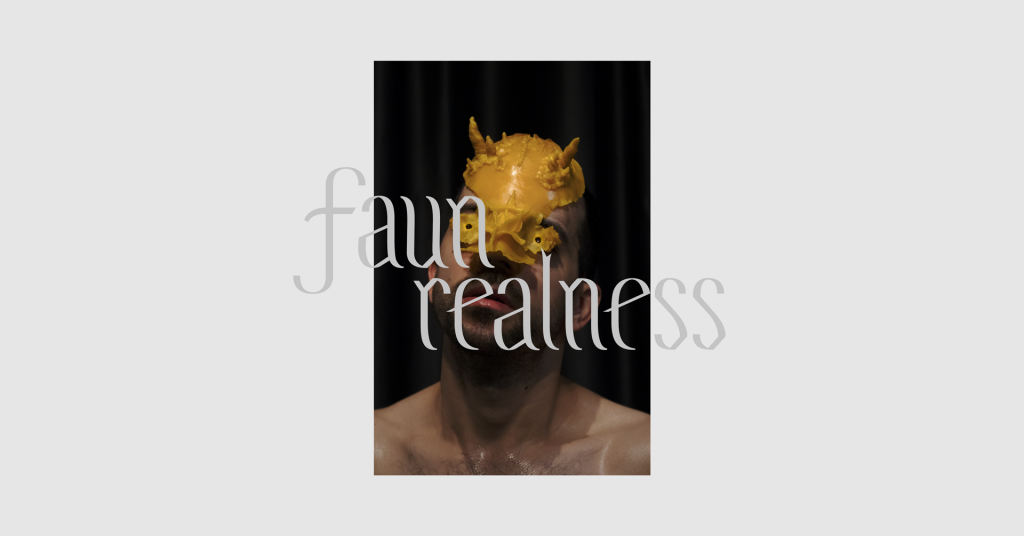 In his upcoming solo exhibition, Gideon Horváth is experimenting with the contemporary representation of the figure of the faun, known from the greek mythology. Through this creature Horváth is presenting his most personal installation in which hypersensitivity and the gesture of defense appears as an emancipatory power. The exhibition is connected to the critical theory of queer ecology in many ways: the deconstrucion of binary worldviews, heternormativity and overwriting such dichotomies as nature and culture or human and non-human becomes crucial through the figure of the faun. The main motives of the carnivalesque world of Bacchus also become important. Beside that, the exhibition is not representing a depressing or pessimistic worldview but it rather creates an ironic and subversive place in which the state of excitement and arousal of the Bacchanalias dominate. The most important material in the exhibition is that of beeswax, which on one hand represents hybridity and on the other hand it is a hypersensitive, constantly changing and fluid material. This tactile, body-like material which appears in the exhibition through objects and sculptures at the same time can hide and uncover the often hidden parts of our identity.