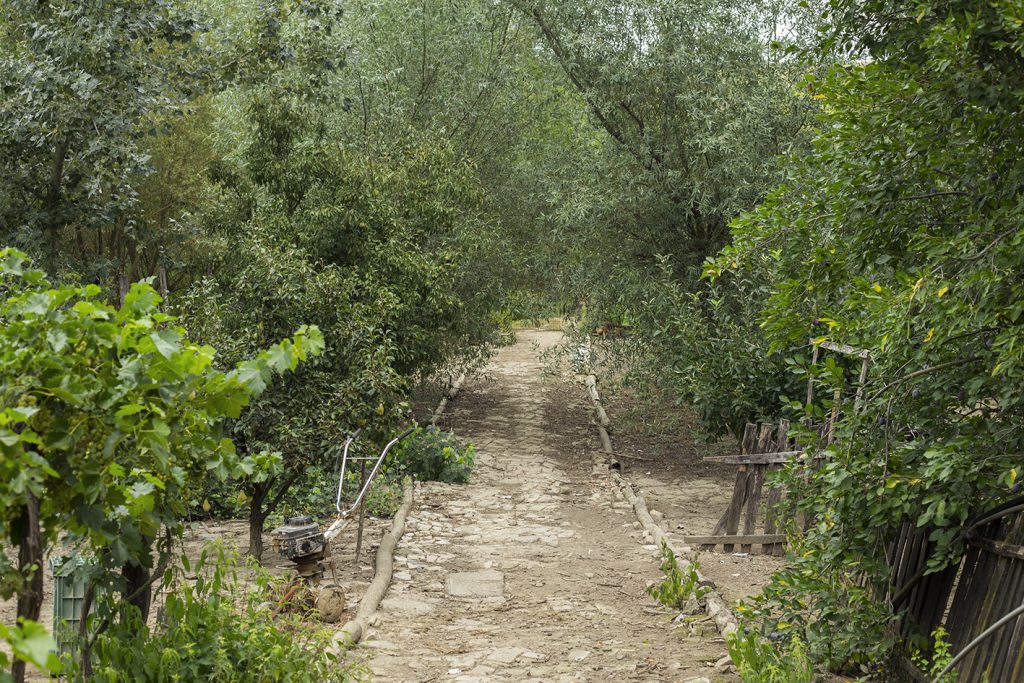 The focus of the exhibition is a garden – Viktoria Balogh’s parents’ garden.
In the context created by the works, the garden is a venue as a way of life as a certain place of splanchnic knowledge that can be hardly determined with linguistic means. The exhibition deals with this knowledge summing up the experiences that can be gained through the road.
The photographs, maps, as well as the time expressing motion pictures and images from the family archive all depict the garden.
The photobook represents a year of István Balogh’s and Ágnes’ land and sometimes even the grandparents’ land turns up as well.
The works of Balogh raises questions as for instance the preservation of knowledge as a family heritage, the relationship between the rural and the urban environment, the contemporary interpretation of the garden as a symbol as well as the maintenance of the land beside working in a full time job.
The daily work that is needed to produce and consume requires a great deal of know-how and creativity, an attitude that is in many respects reminds us for the professional and creative processes in the city.
Balogh’s works are prints of a diligent mentality by returning to the garden trying to preserve the knowledge passed on from generations to generations.
In addition, the garden has a metaphorical meaning besides the knowledge that can be described by numbers and results, since it is a place of heroic work that creates something from nothing.