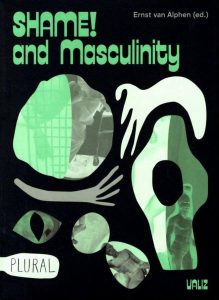 Since the Me Too movement, masculine exercise of power, and sexual abuse have been widely brought under close scrutiny. The focus on ‘toxic’ masculinity impacts our perception of male sexuality, which substantially influences the self-image and self-esteem of men. Men are being shamed by others for their transgressive and contemptuous attitudes; and they feel intrinsically ashamed of their own wrong-doings or of the virulent patterns and traditions of Western manhood.

This book explores both positions. It looks at the representation of male sexuality, nudity, fatherhood, male violence, rape, fascism and virility, men and war. It shows works of art that deal with the intricacies and contradictions of these socio-cultural constructs and realities. Shame! and Masculinity is hybrid in terms of genre, combining scholarly essays with short stories, personal testimonies, and provocative and intimate artist’s contributions. It stimulates reflection on shame in collusion with masculinity, from male as well as female perspectives. Thus it encourages us to reimagine these issues that simultaneously play a role in society, in our own experience, in history, and in our own bodies and being.