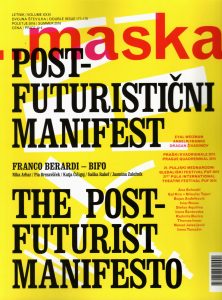 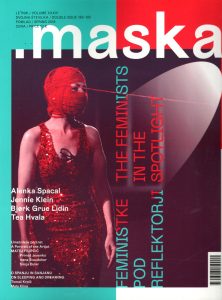 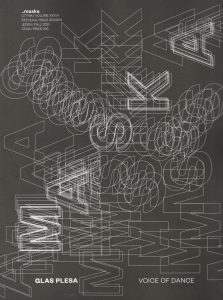 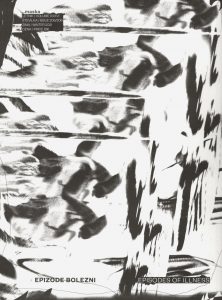 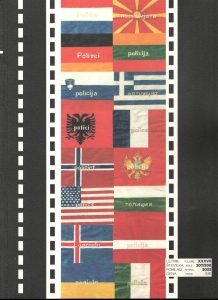 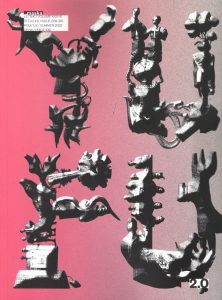 Maska  was founded in 1920 by the Ljubljana sub-committee of the Association of Theatre Players of the Kingdom of Serbs, Croats and Slovenes. In 1985, the Association of Cultural Organisations of Slovenia revived this publication under the title of Maske. In 1991m its original name was restored and its co-founder - Institutum Studiorum Humanitatis - reinstated.

While the post-communist, post-socialist, and post-Yugoslav discourses more or less merely enforce the image of an unchangeable presence, Yugofuturism takes inspiration from other ethno-futuristic movements such as Afrofuturism, Sinofuturism, Baltic ethnofuturism, or Hungarofuturims, which strengthen peripheral identities and subversively affirm cultural curiosities. The former Yugoslavia, which, in its utopian form, unites the best from the North and the South, from the East and the West, from capitalism and socialism, was never a monocultural state. This is why its heterogenous multiethnicity is the main point of Yugoslav futuristic affirmation. We do not wish to stay in the trauma of the region but to encourage the potentials that had no basis and no time to come to fruition. Yugofuturism is a reparative practice in its purpose of restoring the possible futures in times when the young generations have found themselves without any prospects and scared of disastrous economic and ecologic trials.