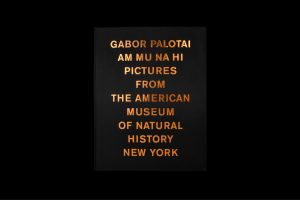 AM MU NA HI is an abbreviation, derived from the American Museum of Natural History, situated in New York. Gábor Palotai photographed the stuffed animals at the Museum and then computer manipulated the pictures – a modus operandi by which they were transformed into allegory. No longer recognized as they were once seen, they became a memento of a death which for them had already occurred.